You want to add pod 'DLStarRating', '~> 1.1' similar to the following to your Podfile:

A UIControl subclass that behaves similarly as the App Store rating control.

You find all the sources include two sample images under DLStarRating. Add the source folder to your project and use the DLStarRatingControl in Interface Builder to setup a default 5 star rating control.

If you'd like to instantiate it yourself with a custom number of stars use:

You can set a default value by setting ratingControl.rating=2.5 and hook up a DLStarRatingDelegate to get notified when the user has changed the rating. Note: if you want to use fractional stars, you have to provide images with width divisible by 10.

DLStarView.h lets you customize the area below the stars, detecting touches. Simply change the value of kEdgeInsetBottom to increase the area or make it smaller, in case you have other user interface components below. The default is 20px, which allows to select/deselect the stars, while still being able to see them above your finger.

DLStarRating should work with iOS 3.0+, but it has not been tested yet. 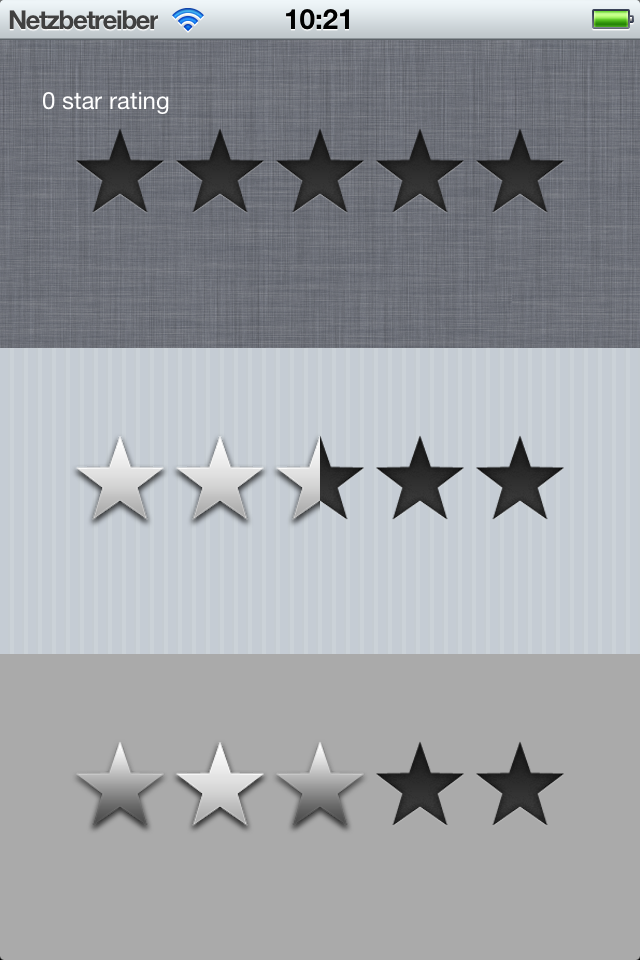 There's an ARC branch which you can use if your App uses the latest&greatest. It'll sooner or later find it's way into master.