You want to add pod 'CKRefreshControl', '~> 1.1' similar to the following to your Podfile:

Open source library providing iOS 5.0+ support for UIRefreshControl, which was introduced in iOS 6.0.

Using it is as simple as this:

You can also configure the refresh control in a storyboard, or use the +appearance API proxies if you'd like. It all works just like you'd hope, but now you can deploy it back to iOS 5.0 as well. Just link against the static library the CKRefreshControl project provides, add the -ObjC linker flag, and you're ready to go. 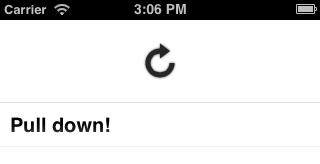 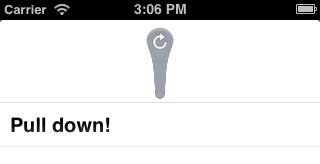 CKRefreshControl intentionally does not mimic the iOS 6 UIRefreshControl look and feel for iOS 5.0. Instead, it was designed to look more like the other pull-to-refresh controls commonly used in iOS 5-compatible apps. Thus, whether the user is running iOS 5 or iOS 6, they get an interface that fits in with other apps on the device.

But does it work?

Yes! Instructure is using it in shipping code with no problems. That said, if you find a bug, please let us know and we'll make it work.