You want to add pod 'SwiftSignatureView', '~> 3.2' similar to the following to your Podfile:

SwiftSignatureView is a lightweight, fast and customizable option for capturing signatures within your app. You can retrieve the signature as a UIImage. With code that varies the pen width based on the speed of the finger movement, the view generates fluid, natural looking signatures. And now, with iOS13+, SwiftSignatureView automatically uses PencilKit to provide a native and even more fluid signature experience, including a natural integration with the Apple Pencil which makes SwiftSignatureView even better! 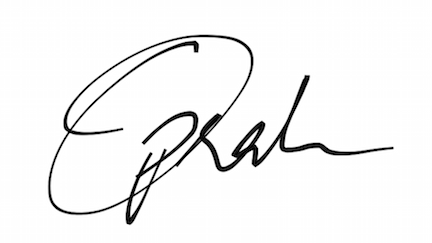 [ A big thank you to all the contributors. I know I don't say it enough. ]

Version 0.0.8 fixes a bug that caused SwiftSignatureView to compute incorrect offsets when not in full-screen mode. A big thank you to Todd Kersey for discovering the bug and suggesting a fix. This update fixes the issue.

To run the example project, clone the repo, and run pod install from the Example directory first.

More specifically, you simply assign the SwiftSignatureView class to a UIView, optionally play with the minimum stroke width, maximum stroke width, stroke color and stroke alpha all which are settable from within the Interface Builder itself and you're all set! You can then use the signature property to get a UIImage representation of the signature and the clear method to clear the signature view. For example if you had:

to get a UIImage representation of the signature;

to get a UIImage representation of the cropped signature with the surrounding whitespace trimmed.

to clear the signature view.

SwiftSignatureView is available through CocoaPods and Swift Package Manager.

Add the following lines to your Podfile:

Add the following lines to your Podfile:

Add the following lines to your Package.swift file (or just use the Package Manager from within XCode and reference this repo):

SwiftSignatureView is available under the MIT license. See the LICENSE file for more info.