Bring your best features. We'll bring the spotlight. Use Mobile Carousels to connect with app users at every touchpoint—show them around, provide support, and highlight features you know they'll love.

Mobile Carousels are a multi-screen message designed to feel right at home in your mobile app.

Upgrade to the latest version of the mobile SDK today to use the feature. No additional integration work required. 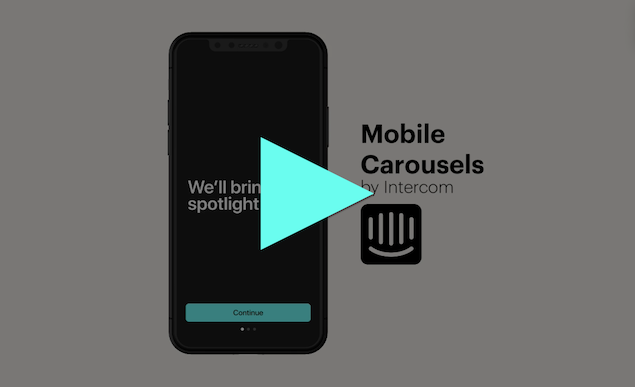 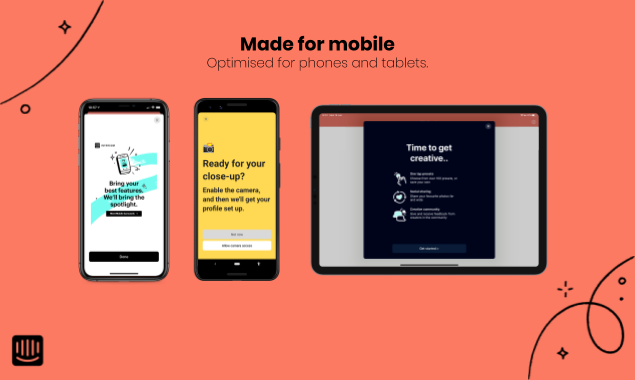 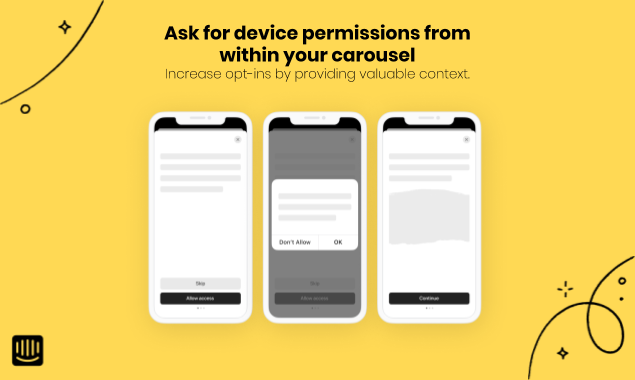 We made a number of performance improvements and squashed a number of bugs in this release. This includes:

When a customer starts a conversation with you in the Messenger, they’ll be able to choose from suggested replies that you’ve defined. They can clarify why they’re getting in touch, and provide extra info without needing to wait for a response, or take up your team’s time. Adding a bot to your inbound conversations enables your customers to self serve, and gives you a way to automatically collect some basic information about what your customers need, which otherwise your team would have to collect manually. 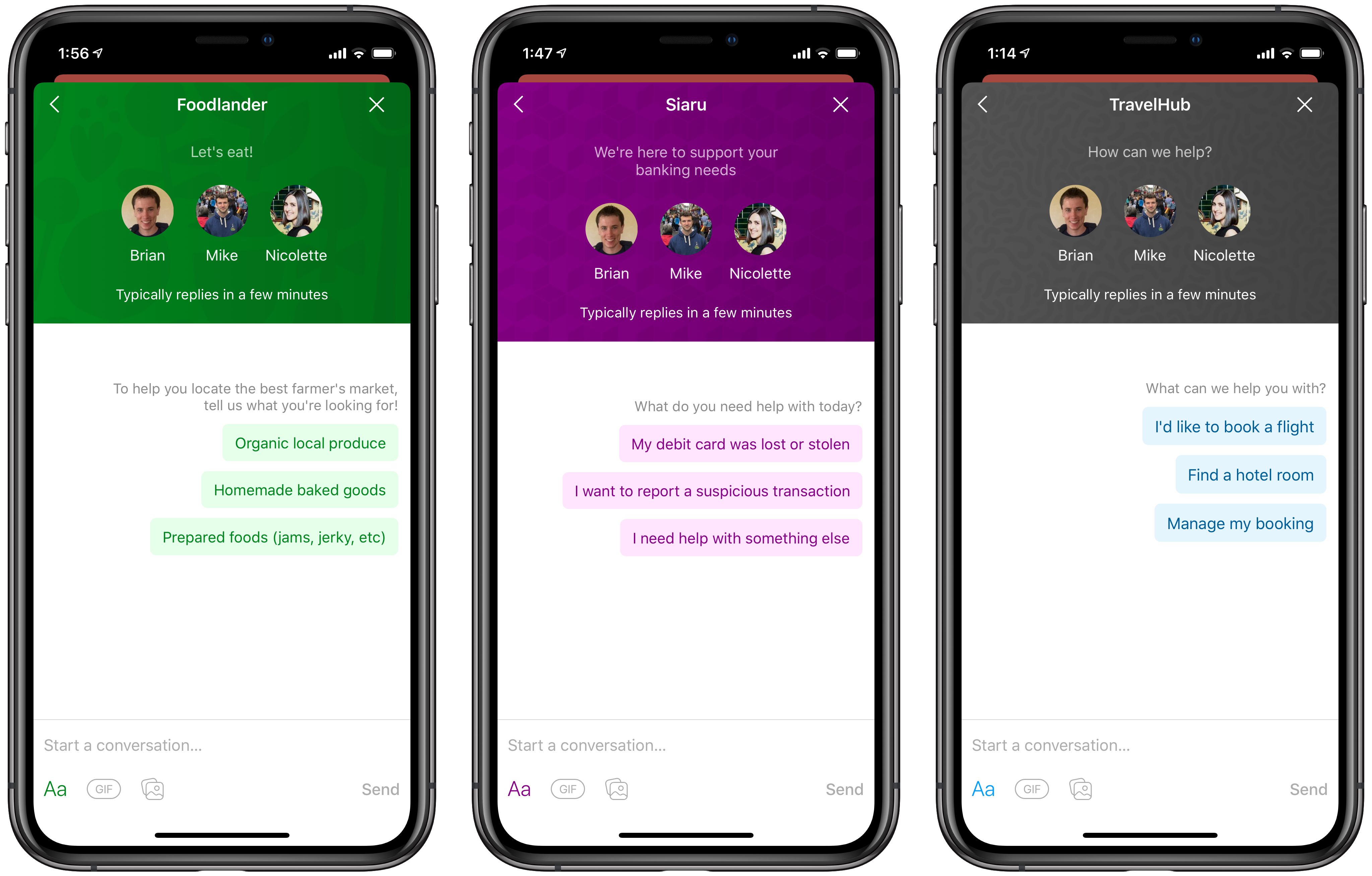 Custom Bots can now be targeted specifically to your mobile app users! Whether your users are on the web or mobile, Custom Bots now work cross-platform to automate and accelerate growth. 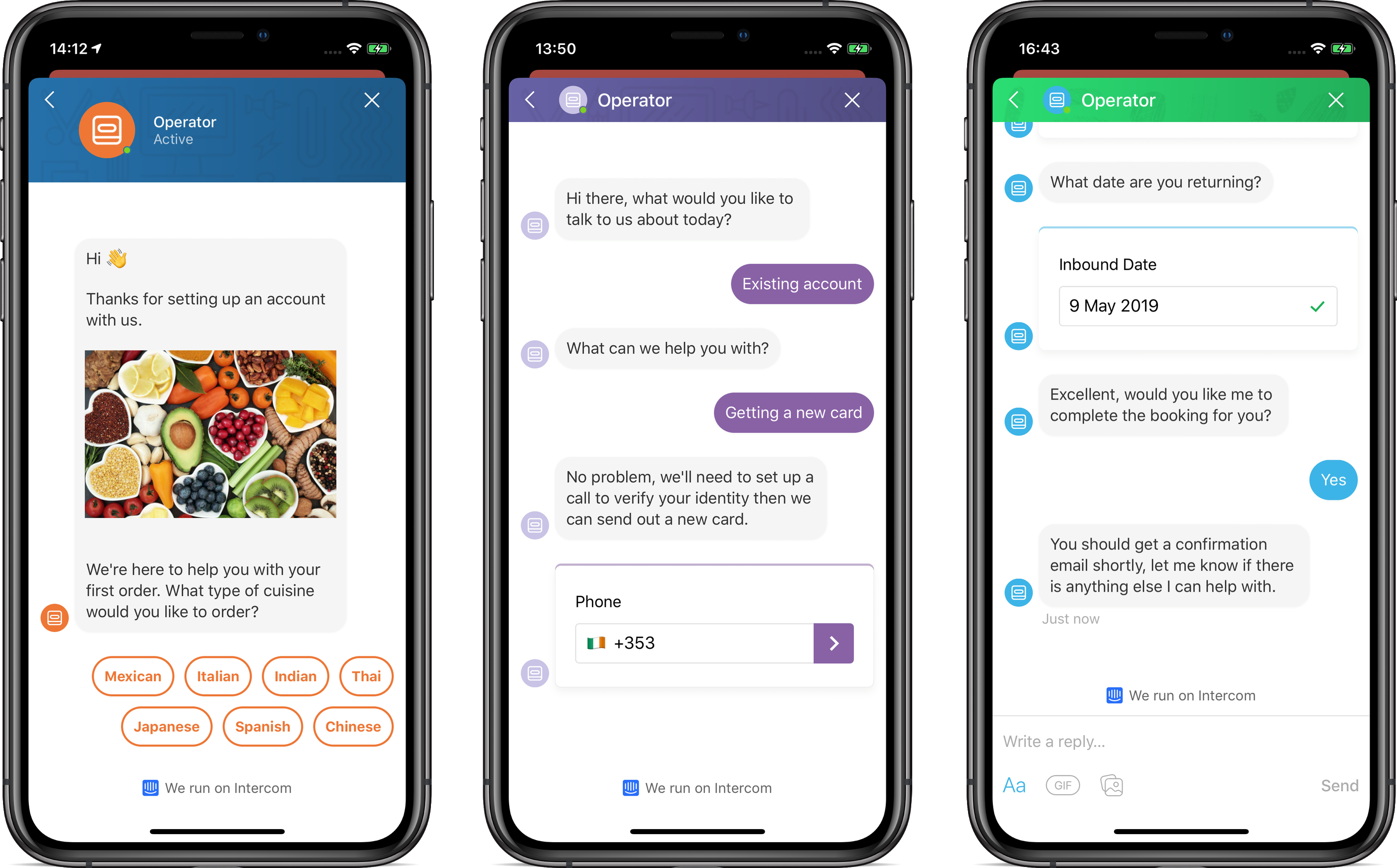 Use our bots to provide better personalization at scale during critical moments of the customer lifecycle like when users first sign up for your app, or when they want to upgrade to a paid plan.

For more details on how to use Custom Bots on mobile, see our docs here.

The new Intercom mobile SDK brings the Messenger Home to your mobile applications. This means you can add messenger apps that allow your users to self-serve instead of starting a conversation. Users can now quickly access relevant help articles, review pinned content, and view product status in real time – all from the messenger home screen. 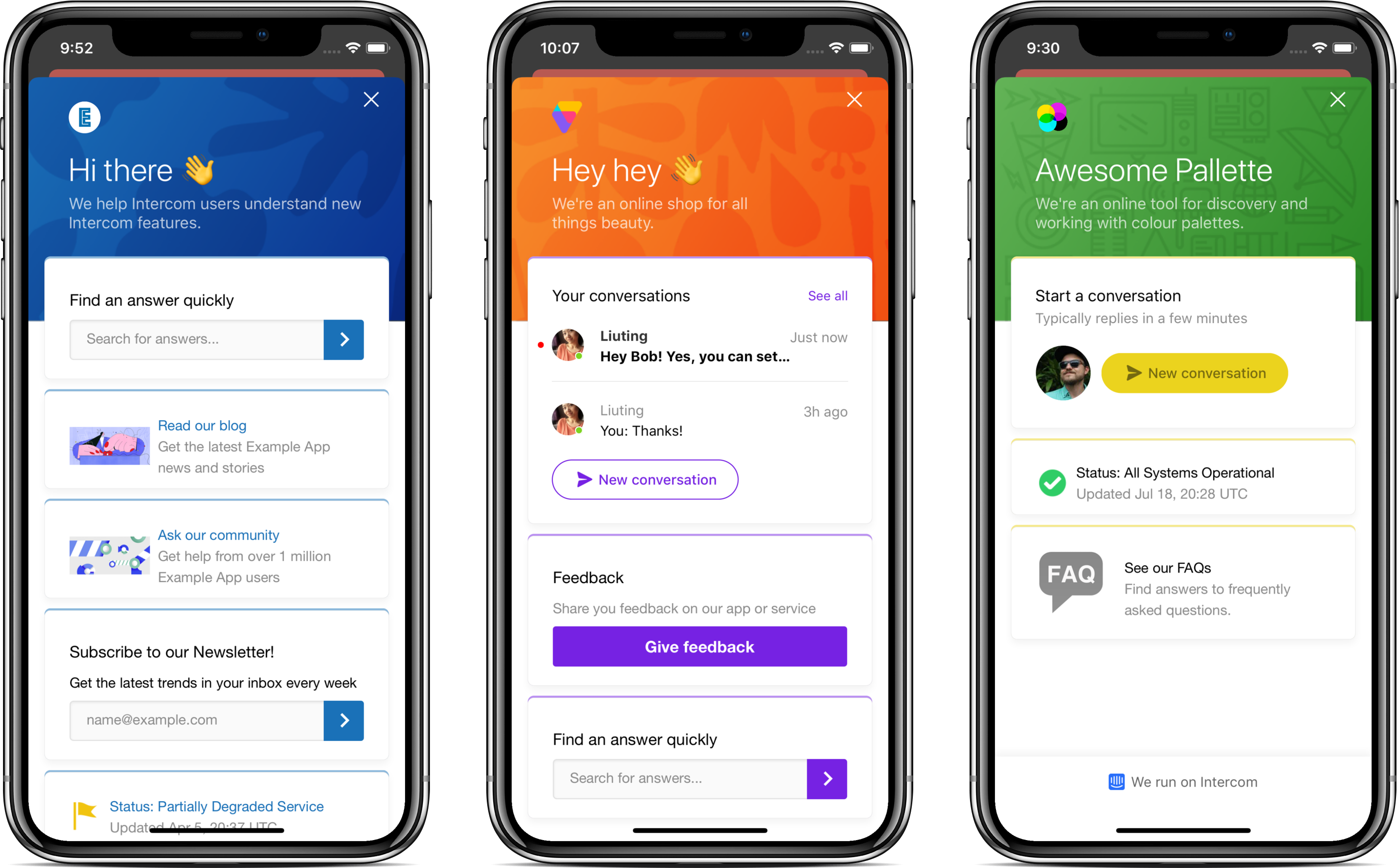 We've deprecated some API methods in this release:

These deprecated methods will still work, but will be removed in a future release.

Messages have always been a great way to welcome, onboard, and connect with people in your product and on your website. Now with apps in your messages, you can do even more. Embed apps right inside a message to drive actions, engage your audience, and grow your business.

Whether you need to gather customer feedback, schedule a sales call, or share your latest content, apps make it easy for people to take action within the message experience. And with the targeting capabilities of Intercom, you can make sure your message reaches the right person at the right time.

Our new Messenger is out of beta! You can read all about the updated design and new functionality here. If you are upgrading from an older version of our Messenger you may want to change some of the methods you call. You can read about upgrading to the new version here.

Many issues have been fixed, including: